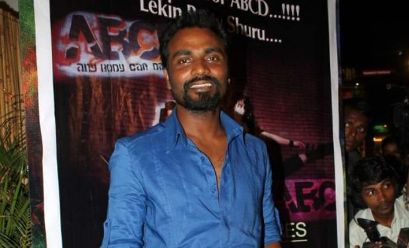 Apart from the release of his much awaited movie ‘Anybody Can Dance’ (ABCD), choreographer-turned-director Remo D’Souza has struck a two-film deal with Disney UTV. One of the movies is likely to be a sequel of ‘ABCD’.

The news was unveiled by UTV chief Siddharth Roy Kapur who said, “ABCD showcases his (Remo’s) ability to thrill and entertain the audience while at the same time to handle emotion and drama with sensitivity and depth [sic]”. Kapur added that shooting a grueling dance movie on such a massive scale in 3D was not an easy job, but Remo had managed to couple his talent and ability with patience and perseverance to do justice to the film.

The UTV chief also said that they were thrilled to continue their association with the dancer and that they hope to make more movies with Remo. ABCD is India’s first 3D dance movie and stars Prabhu Deva in a leading role along with Ganesh Acharya and a host of dancers from Dance India Dance show, including Dharmesh, Salman Yusuf and Prince. The movie also has the finalist of the international dance series ‘So You Think You Can Dance’ in it.

Remo, while expressing his thoughts said that UTV has whole-heartedly accepted his vision of making India’s first ever 3D dance movie.