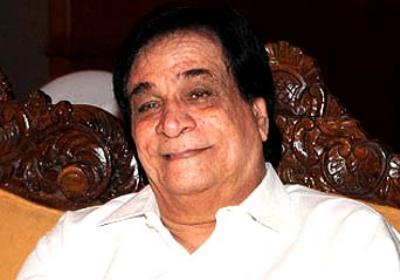 Veteran Bollywood actor Kader Khan is the latest actor to become a victim of a celebrity death hoax. Rumors about the death of the actor were doing the rounds on various social networking sites, but his family has clarified that he is doing fine and is healthy too.

The 77-year-old actor has urged his fans not to spread such rumors. Kader, while talking to reporters said, “My family is extremely upset about it. They are very worried. All this has shaken my family. Whoever is spreading such rumors, please stop it”.

The actor and comedian added that one day everyone has to pass away and when his time comes, he will go with the blessings of his fans. At present though he is absolutely fine. Khan has played a variety of roles from comedy to drama and is known for portraying different characters in Bollywood movies.

Kader has worked in more than 350 movies, including ‘Judwaa’ which has Salman Khan and Karishma Kapoor, ‘Raja Babu’ with Govinda, ‘Hum’ with Amitabh Bachchan, ‘Bol Radha Bol’ with Rishi Kapoor and ‘Ankhen’. Apart from doing roles, the actor has also written scripts and dialogues for movies. Earlier there were also rumors that he is writing the script for the sequel of ‘Andaaz Apna Apna’, but when asked about it he denied saying that he has not taken up any projects as a writer.