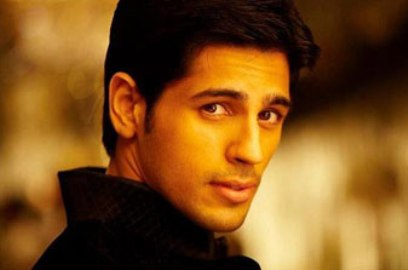 Filmmaker Ekta Kapoor has already roped in Varun Dhawan for her upcoming movie ‘The Villian’ and she has now also roped in Sidharth Malhotra for the same production house .

After playing the boy next door in ‘Student Of The Year’ (SOTY), Malhotra will be seen in a dark role in his new project. Girish Johar, the head of acquisition and distribution at Balaji Motion Pictures tweeted, “Proud to share another film of ours being launched. Sidharth Malhotra starer, Mohit Suri director… ‘The Villain’ [sic]”.

The model-turned-actor also expressed his excitement and tweeted, “Really excited about my new project with Balaji…Will be fun walking the dark side [sic]”. Sidharth made his debut in Bollywood with Karan Johar’s SOTY, after which he bagged another role to star in ‘Hansee Toh Phansi’, which will be produced under the Dharma Productions banner.

On the other hand, Varun Dhawan is also doing a Balaji movie which will be a remake of a Telugu movie ‘Kandireega’ which will be directed by Varun’s father. Malhotra, as a model has been associated with brands like Color Plus, NIIT, and Pantaloons. He has also waked the ramp for designers like Manish Malhotra and Rohit Bal.

It looks like 2013 is shaping up to be a great year for the rising star.