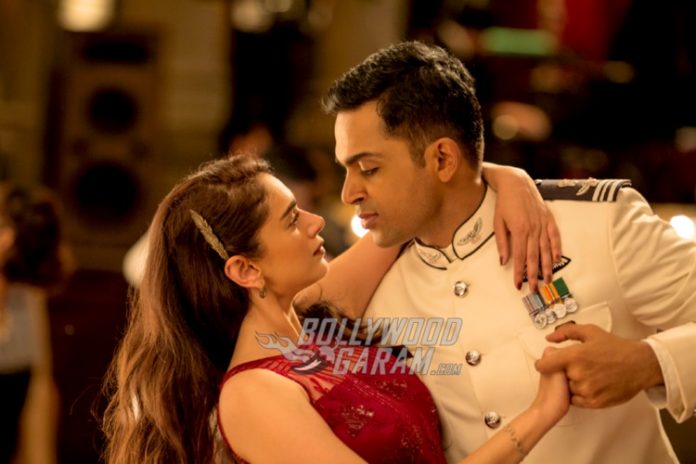 The makers of upcoming Telugu movie Cheliyaa have released a few stills from the flick. Cheliyaa is written and directed by veteran director Mani Ratnam and the music has been composed by Academy Award winner and India’s top music composer, A R Rahman. The movie stars Aditi Rao Hydari and Karthi in the lead roles and is all set to hit theatres on April 7, 2017.

The Tamil version of the movie has been named as Kaatru Veliyidai and is an upcoming romantic thriller movie made by the popular producer ‘Dil Raju’ and Mani Ratnam. The movie has been shot in local and foreign locations, including Leh, Hyderabad, Ladhak, Belgrade and Chennai.

The crew of the movie wrapped up the shoot in January 2017 and is currently in the post production stage. The music from the movie that has been composed by A R Rahman will soon be released. The movie was earlier named as ‘Duet’ but then the name was changed to Cheliyaa.

The audience has been following the movie since it was announced. The first look managed to garner a lot of attention from the audience. It will be interesting to see what the makers have in store for the viewers. The film looks like a fun, upbeat story and will enthral audiences upon its release. The actors are well-known names in the South of India, and most of their movies are popular among Southern audiences. Aditi Rao Hydari has been known to be a Bollywood star, but like a number of actors from the industry, she has turned her attention to Southern films, since they offer more acting opportunities.