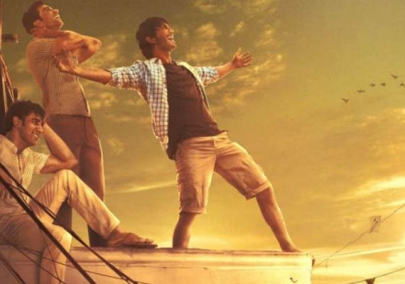 Filmmaker Abhishek Kapoor is all set to premiere his movie ‘Kai Po Che’, even as the tickets for the screening of the movie at the Berlin International Film Festival have been sold out just a day before the movie opens. The film is all set to be premiered on February 13, 2013.

Kai Po Che is all set to be showcased at one of the largest and the most prestigious venues at the Berlin International Film Festival. The huge auditorium has the capacity to seat around 1,600 people and most of these have already been taken.

Siddharth Roy Kapur, the managing director at Disney UTV Studios said while talking to reporters, “We are simply overwhelmed with the excitement levels around the film”. The movie ‘Kai Po Che’ is a movie adaptation of Chetan Bhagat’s novel ‘ The 3 Mistakes of My Life’.

The movie features Sushant Singh Rajput, Amit Sadh, as well as Rajkumar Yadav and is all set to release on February 22, 2013. ‘Kai Po Che’ tells the story of three best friends – Ishaan, Omi and Govind, who are trying to make a mark in the country and live in the popular city of Ahmadabad, in the state of Gujarat.