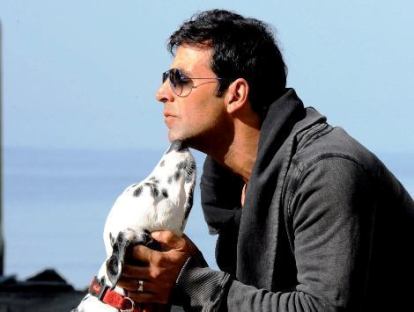 From the afternoon of February 16, 2013, Bollywood actor Akshay Kumar has been trending on the social networking site Twitter. Fans of the actor claim that Akahsy has earned more than Rs. 2,000 crores for his movie ‘Special 26’.

Fans of the ‘Desi Boyz’ star have also claimed that he is the first Bollywood star to reach this figure. Akshay continues to be on the top trends in India. Divyanshu Thakur, one of Akshay’s fans tweeted, “#Akshay2000Crore The king of masses, the prince of classes, frm 4000 bucks to 2000 cr, a true persOn whom we all caN flw [sic].”

Akshay thanked all his fans on the social network in regards to this achievement and said. “Honestly blessed to have you all Akkians in my life. Special thanks to my fan clubs who support me so much selflessly time & again. Thank you for the #Akshay2000crore tag only possible coz of you all [sic].” The latest Akshay Kumar movie ‘Special 26’ has also been doing well at the box office.

In 2012, Akshay did well with movies like ‘Housefull 2’ and ‘Rowdy Rathore’, which made him more than Rs. 100 crore each. Akshay has also starred in the ‘Khiladi’ series, which had made him popular. The ‘Housefull’ series and ‘Hera Pheri’ series have also contributed to his success in Bollywood.