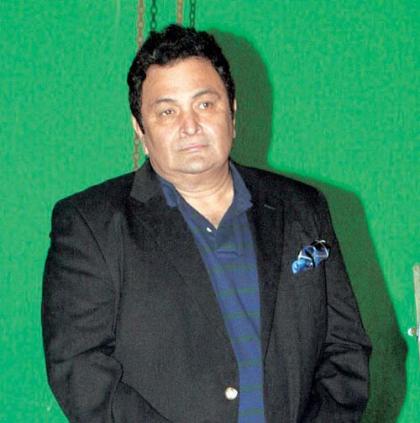 Bollywood actor Rishi Kapoor will soon be playing the role of underworld don Dawood Ibrahim in the upcoming movie ‘D-Day’ by Nikhil Advani. Earlier, makers of the movie had decided to call the character ‘Dawood’, but now these plans have been dropped.

The movie was earlier supposed to be a movie about two RAW agents who were sent to Pakistan to bring Dawood Ibrahim back to India, to be tried under the Indian juridical system. According to reports, Arjun Rampal and Irrfan Khan were supposed to play the role of these two agents.

The films producers had even thought of casting Pakistani actors to play the characters from across the border, however these plans were scrapped and Rishi will be playing the role of Dawood. Actor Chandan Roy Sanyal has been roped in to play Don’s psychotic nephew.

Advani has been under some pressure to give a fictional name to the character, so as to avoid any ill-feelings that could have been generated. Rishi’s character in the new flick will be a darker role than that of Rauf Lala, which he had played in the movie ‘Agneepath’. At present the ‘Student of the Year’ actor is working hard and putting in the hard yards researching the character for his new role.