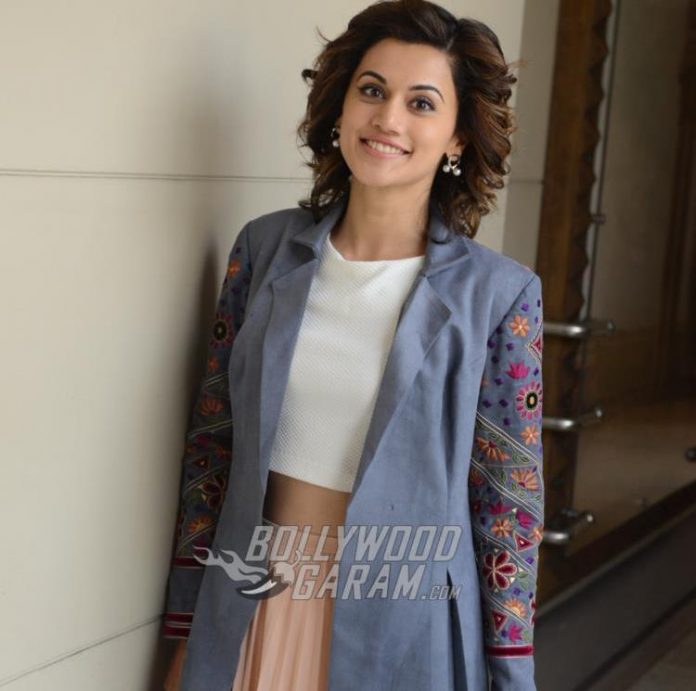 It’s not every day that you get an opportunity to play the title role in a Bollywood film, and star alongside an A-list actor. But such is the reality of Naam Shabana star, Taapsee Pannu. When you look at her, no, she doesn’t come across as your typical Bollywood heroine. She’s tougher, braver and more enigmatic on screen than her contemporaries could hope for.

But life behind the cameras hasn’t been easy for Taapsee Pannu. Today, she has Bollywood legends like Akshay Kumar (Baby, Naam Shabana) and Amitabh Bachchan (Pink) to call her co-stars, but making it in the industry was tough. The actress, in her own words told Times Of India, “It has been a nice curve up and down for me. My outcomes have been pretty interesting thankfully, but the hard work and the stress I have to go through to reach this is pretty grilling. I was a newcomer in Hindi film industry but I wasn’t really a newcomer; I used to fight the battle of being a newcomer struggler for a very long time and I think I am still fighting that battle.”

Her latest flick, Naam Shabana will be releasing this week. It is the prequel to the hit action movie, Baby and tells the story of how Taapsee’s on-screen character became an agent. Naam Shabana offers scenes of gruelling workouts and action sequences that the actress chose to do herself. To perfect her role, she learnt mixed martial arts and Judo, along with kickboxing. “It was very tough, because action doesn’t come very naturally to me. I am a person who is very inclined towards sports. I think that’s why action looks very convincing on my body, but I am not a person who can hit and slap people easily. It was very difficult for me in the beginning to realise that, okay, I am going to hit people.”