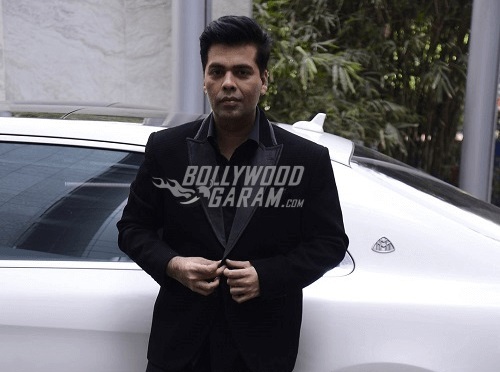 Celebrity feuds are a way for our favorite stars to keep entertaining us in real life. From legal action threats to name calling and diva behaviour, we’ve seen it all from some of the biggest stars in Bollywood. And so the Karan Johar-Kangana Ranaut feud continues…

Koffee With Karan Season 5 may have just ended last Sunday, but an apparent beef that took place between the host and one of his guests, goes on. Remember when Kangana Ranaut took the couch alongside Rangoon co-star Saif Ali Khan? Brazen is an understatement when it comes to her, because she ended up calling Karan Johar the “flag bearer of nepotism” in Bollywood.

But, who really started firing shots? When Kangana was a guest on a previous season of the talk show, Karan Johar had made fun of her English. After working hard to get her diction sharpened, she seemed to take her chance to retaliate once she was invited back. Instead of burying the hatched, Karan later passed a comment while in London, saying that the Tanu Weds Manu actress should leave the industry if she finds a problem with it.

Also see – He said, she said. The Karan Johar-Kangana Ranaut feud heats up!

Kangana Ranaut, being the feisty actress that she is, taunted the producer-director, saying she has no plans of going anywhere, and that she is doing pretty well in the industry even as an outsider, thank you very much. While these two squabble openly, the public is left to watch their words go back and forth, like a highly dramatized tennis match.

And the latest in the feud is Karan Johar passing another comment at an event recently. When he was told that Kangana might be attending the same event, he apparently retorted, “I am going to run out of here.” Can these two just get past this petty feud and war of words? But if you’re really looking for real-life masala, then simply, Kangana Ranaut, the ball is now fairly in your court. Your move.