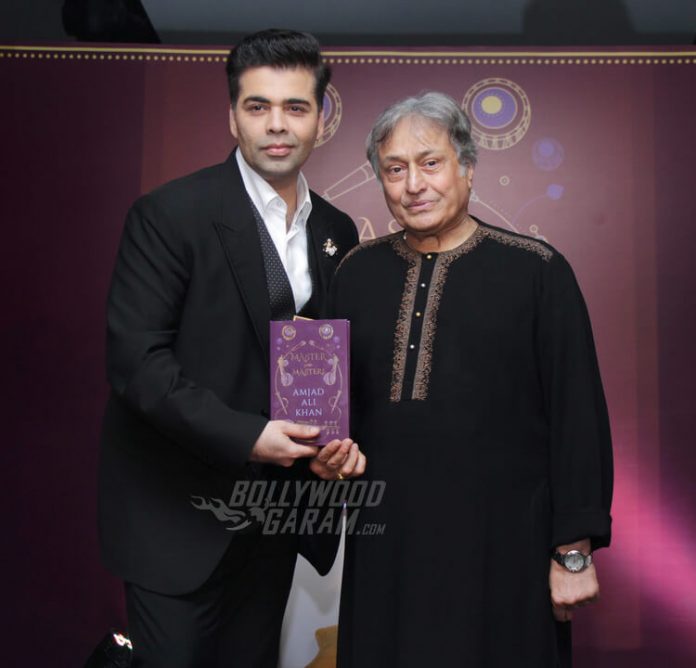 Amjad Khan, Suhel Seth and Karan discussed everything under the sun. Suhel made the atmosphere light with his humour once in a while during the meet. According to the Master Stroke, during the event, KJo said that “I find conversation among people has become very rare about art and artists. Phone has become like a part of our body now. We are always distracted for various reasons”.

Karan further added that “I don’t see people talking to each other at all. People in families also don’t communicate with each other quite often. Just like technology has killed the romance, now it has also killed the conversation”.

The book includes details about the legendary musicians, their personal anecdotes and their individual music tastes. Amjad Khan has effortlessly transcended the Gharana and North-South divide and has presented the portraits of these great artists that are drawn with affection, humour and warmth.

Catch this prodigious book at any outlet of Penguin Random House India.