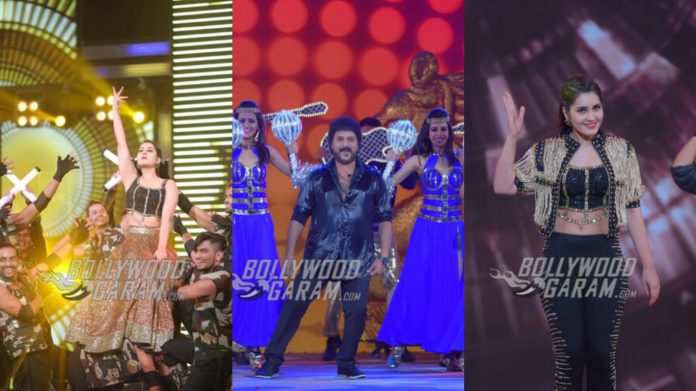 The biggest celebration of South Indian cinema, Fortune Sunflower Oil IIFA Utsavam 2017 witnessed an outstanding event on the 2nd day as biggest superstars of the Telugu and Kannada Film Industries came together on 29th March 2017 at HICC in Hyderabad.

With some of the year’s biggest films taking home the significant awards, the evening came alive as the most prolific names in the South Indian film industry revel in the success of Telugu and Kannada Cinema.

Samantha Ruth Prabhu walked away with the award for Leading Role (Female) for her performance in the movie, A Aa

Dwarakish won the Outstanding Contribution award to the Indian Cinema in Kannada Segment.

The charming duo, Rana Daggubati and Nani hosted the Telugu segment, while Akul Balaji and Meghana Gaonkar hosted the Kannada award segment of the event.

Speaking on the occasion, host Rana Daggubati said, “IIFA Utsavam is a unique endeavor that raises South Indian cinema to a global platform, allowing the immense talent of the South to be admired universally. I am excited to host the IIFA Utsavam 2017 in Hyderabad and share the stage with some of the most successful actors and technicians from our film industry. As we get set to honour their contributions to cinema, I invite you to join us to celebrate and applaud your favourite stars. I’m certain that IIFA Utsavam will surpass your expectations this year!”