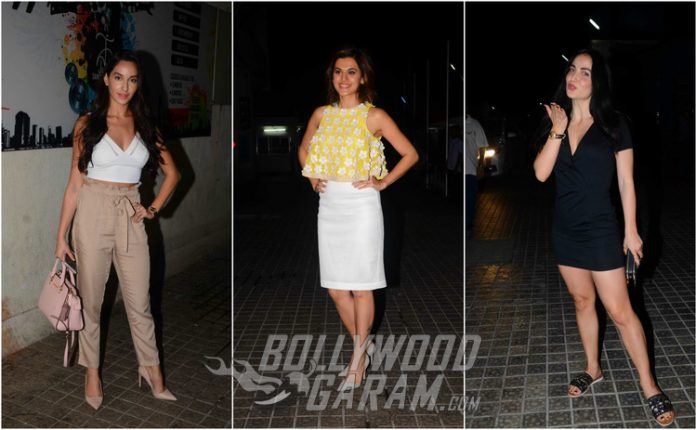 Taapsee Pannu starrer, Naam Shabana is about to release this weekend, so before the rest of the aam janta watch it, the stars themselves arrived at PVR theatres in Juhu, Mumbai last night. The cast of the action movie, including lead character, Taapsee, dropped by in casuals.

Taapsee Pannu was seen in a white pencil skirt and flowery yellow sleeveless top, just perfect for the summer. These Bollywood celebrities happily posed for the shutterbugs as they came to watch the premiere of the film. The one missing in action was Akshay Kumar, who has a cameo in the movie.

Naam Shabana is the prequel to the critically acclaimed Baby (2015). This time, the movie will take audiences on a journey through the life of the title character. For her role in the film, Taapsee Pannu had to endure a lot of physical training, including mixed martial arts and Judo.

Naam Shabana will release in theatres on March 31, 2017. So make sure you go see the movie!