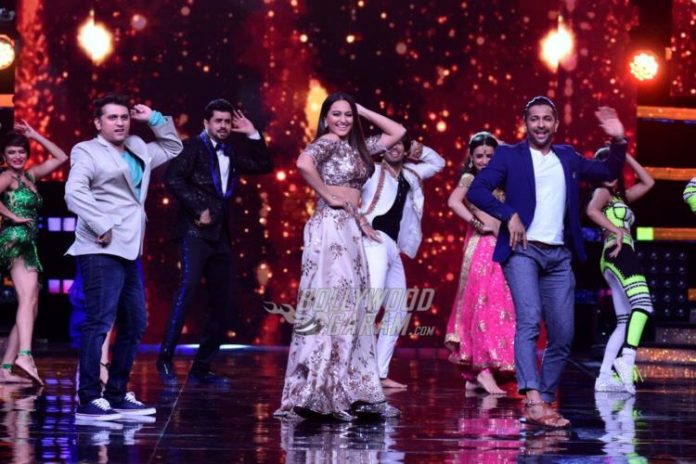 The much-awaited eight season of the hit dance reality show Nach Baliye finally aired it’s first episode on April 2, 2017 on Star Plus. Celebrities from the world of showbiz came together to mark the beginning of the dance competition, Nach Baliye 8 for the ultimate winner’s trophy. The makers of the show have indeed worked hard in terms of selection of the contestants. The new season has some popular contestants and well-known faces.

The judging panel included Bollywood diva Sonakshi Sinha, choreographer Terence Lewis and filmmaker Mohit Suri. The show began with the most popular couple of Indian television Divyanka Tripathi and Vivek Dahiya, who performed with a romantic number and won the hearts of the judges. Every contestant on the show showed their moves on the Nach Baliye stage and later talked about their love story.

Participation of comedian Bharti Singh and partner Harsh Limbachiyaa added the comedy factor. Another couple who performed well was Mohit Sehgal and Sanaya Irani. Marathi actor Siddharth Jadhav and wife Trupti Jadhav won the hearts of the audience with an energetic performance on the popular song, Jhingaat from the movie Sairaat. The judges of the show also proved to be an attraction with the added celebrity of Sonakshi on the panel.

Going by the show on the whole, it seems like the makers are banking more on the star contestants of the show. The judges did not seem too strict with the contestants, who often missed their beats. Maybe that’s because this is the first episode of Nach Baliye 8, where it would be obvious that they might have stage fright and be intimidated with unfamiliar dance moves.

The previous seasons of the show saw the judges being extremely critical with the contestants, but one has to wait and watch if the judges of Nach Baliye 8 manage to bring out the best out of the star contestants.