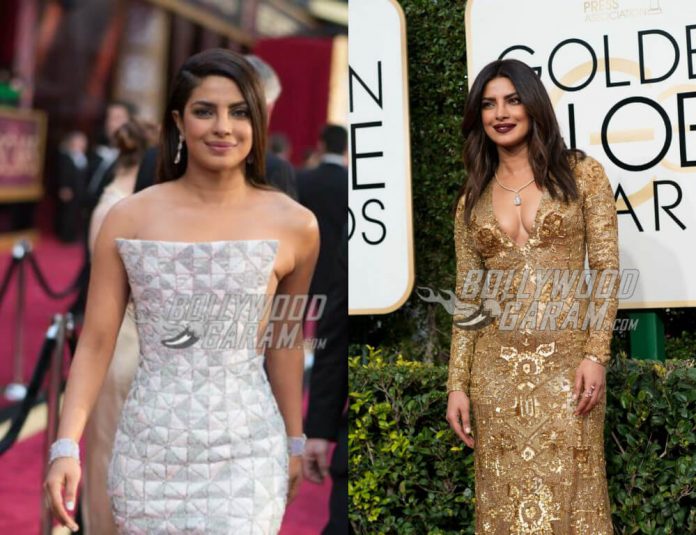 It’s happy times for Priyanka Chopra. This international star is definitely enjoying all the attention and appreciation for her performance in hit series Quantico and has recently been in news for her Hollywood debut movie, Baywatch. But that’s not all. Adding on the list of accolades of this actress-singer-producer, Priyanka has also been voted the second most beautiful woman in the world in Buzznet’s 2017 list!

The Quantico star received a huge number of votes in a poll conducted by Buzznet and was beaten to the first spot by none other than singing sensation Beyoncé! Priyanka Chopra beat the likes of Angelina Jolie, Emma Watson, Gigi Hadid, Blake Lively and Emma Stone to grab the second position.

The most interesting part about this poll is that both women who topped the list are off color. Says something about changing perceptions, right?

The 34 year old international star, Priyanka Chopra took to her Twitter account to thank all her fans for voting.

Thank u @BUZZNET and all who voted. @Beyonce is my number 1 too!! https://t.co/N6F8syOdsz

Earlier, Miss India 2000 Priyanka Chopra was also recognized at the hottest person in the world by Maxim India. She has worked hard to be where she is today and her journey from Bollywood to Hollywood has a high benchmark for others to follow.

Priyanka is currently gearing up for shooting for Quantico 3 and rumor has it that she will soon be seen in a woman centric Bollywood movie this year, though no official confirmation has been made yet.