The Bollywood movie ‘Zindagi Na Milegi Dobara’ had a lip locking scene between Hrithik Roshan and Katrina Kaif, which had caught the eye of one and all. Now the popular Bollywod couple is all set to smooch once again onscreen.

Sources from the production unit revealed that Kaif will be kissing Hrithik yet again in the upcoming movie ‘Bang Bang’, which is a remake of the Hollywood flick ‘Knight And Day’. However, the makers of the movie are yet to decide the intensity of the kiss.

Katrina has become on of the luckiest actress’ of recent times, as she has managed to kiss the most good looking actors in Bollywood. During the beginning of Kaif’s career in Bollywood, she kissed actor Gulshan Grover in the movie ‘Boom’ and then she kissed John Abraham in the movie ‘New York’.

In recent times, the actress made news with her lip lock in the movie ‘Jab Tak Hain Jaan’ with Shahrukh Khan. It was also the first time for Shahrukh to have kissed a heroine, thus breaking his condition of not kissing any heroine onscreen. There are also reports that Katrina will lock lips with Aamir Khan in the much-awaited movie ‘Dhoom 3’. Katrina has kissed many co-stars, but incidentally she has never kissed her allegedly former boyfriend Salman Khan. 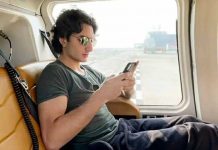