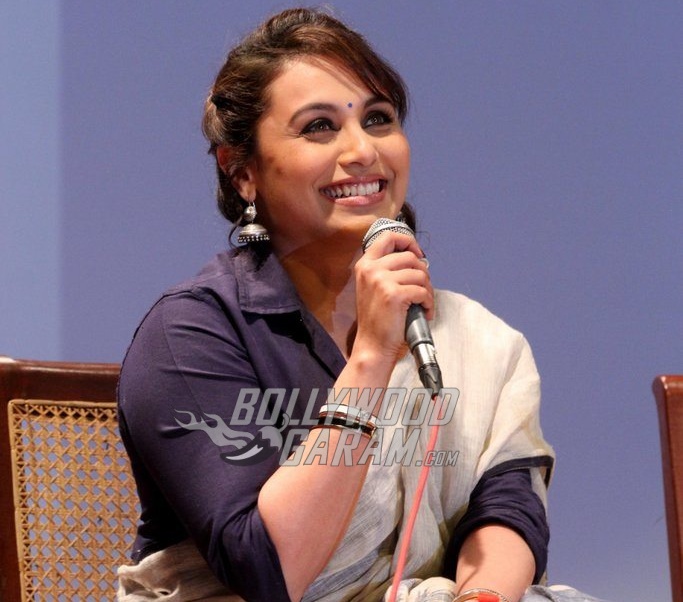 Bollywood veteran actress Rani Mukerji is all set to come out of her maternity break and get back in front of the cameras, where she belongs. Fans of the Saathiya actress rejoiced when the actress announced that she is ready to be seen in the upcoming movie Hichki. The Twitter page of Hichki has announced that the shooting of the movie has begun today on April 4, 2017.

The makers shared a short video which saw Rani writing on the board, “Shoot starts today”. The end of the video shows a gorgeous Rani flashing her glorious smile. The upcoming movie is directed by Siddharth P Malhotra and will be produced by Maneesh Sharma.

Rani, while talking about her come back in an interview said, “I was looking for a script that would challenge and excite me, and Hichki came my way. Each one of us has a weakness that pulls us back, it could be a disability or any condition but if we just look at it as simply a hiccup, we can emerge as a winner. It won’t come in the way of achieving your dreams. Hichki is built on this positive premise and I have decided to take it up.”

The actress recently went live on Facebook and interacted with her fans and talked about her return to movies, motherhood and her husband Aditya Chopra. Rani Mukerji got married in a secret wedding ceremony exactly this month, but back in 2014. She had her first child, a daughter, Adira one year later. She decided to take time off for her personal life, but is back to acting under her husband’s banner. Rani Mukerji was last seen in Mardaani which she did in 2014.