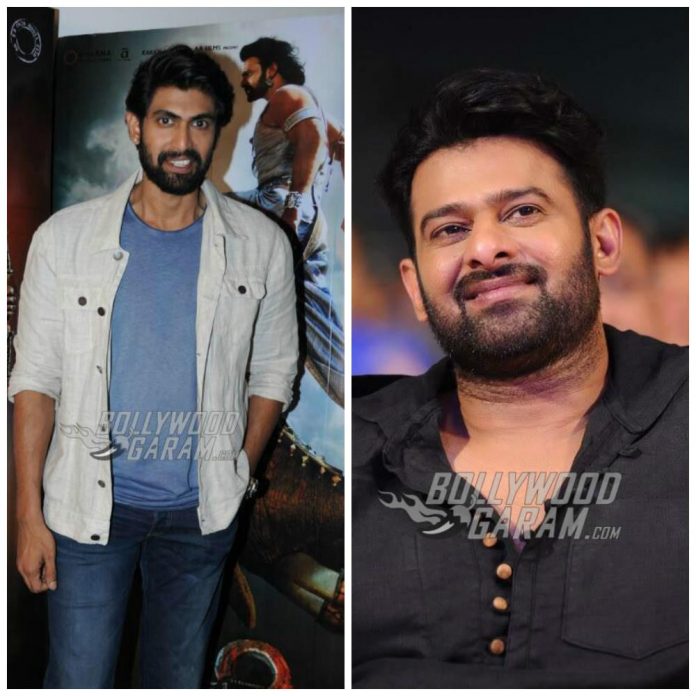 The much awaited and the most expensive movie Baahubali 2: The Conclusion is all set to hit the theatres on April 28, 2017. Being a multilingual flick actors Rana Daggubati and Prabhas decided to promote it in Bollywood side as well. Rana and Prabhas were at Baahubali 2 – The Conclusion promotion at an event in Mumbai on April 12, 2017.

Prabhas looked dashing in a white kurta shirt and black pants, Rana kept it casual in a t-shirt, jacket and denims. The promotional event was also joined by producer Shubu Yarlagadda. The first movie from the franchise, Baahubali: The Beginning had left a question in everyone’s mind as to why did Kattappa kill Baahubali. However, the trailer of the sequel Baahubali 2: The Conclusion has dropped a few hints about it and the audience will soon find an answer to the two year long puzzle!

The trailer of the flick has left the audience even more curious and eager with glimpses of some amazing action sequences, effects and hard hitting dialogues. Baahubali 2: The Conclusion will be the first Indian movie that will be released in 4K definition format. For the new format more than 200 screens are currently being upgraded to 4K projectors.