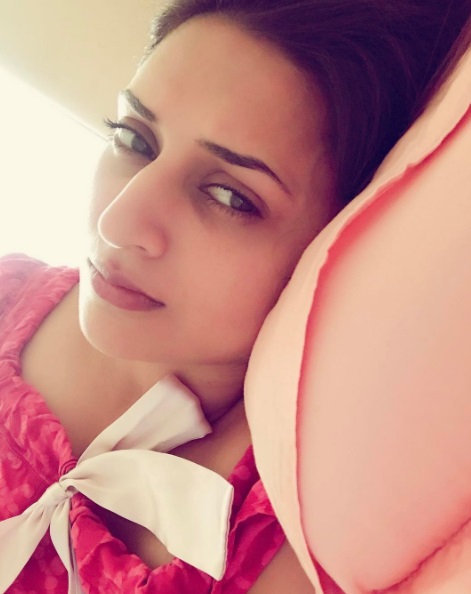 Nach Baliye 8’s most popular couple Divyanka Tripathi and Vivek Dahiya might have to stop rehearsals as the actress has hurt her back and has been advised bed rest. The TV actress revealed this through her Instagram account and wrote, “An annoyed me when my back pain corrosively leaves me bed-ridden. #NothingToDo? #MakeInstaPosts!” The actress shared a picture of herself resting.”

We wonder if Divyanka’s injury might affect her popularity on the reality dance show where the couple has already garnered a lot of popularity. The opening episode itself had made Vivek and Divyanka, one of the most popular couples on the show.

An annoyed me when my back pain coercively leaves me bed-ridden. #NothingToDo? #MakeInstaPosts!

A post shared by Divyanka Tripathi Dahiya (@divyankatripathidahiya) on Apr 16, 2017 at 6:09am PDT

Nach Baliye 8 is judged by Sonakshi Sinha, Mohit Suri and Terence Lewis and airs every Saturday – Sunday on Star Plus at 8 pm.