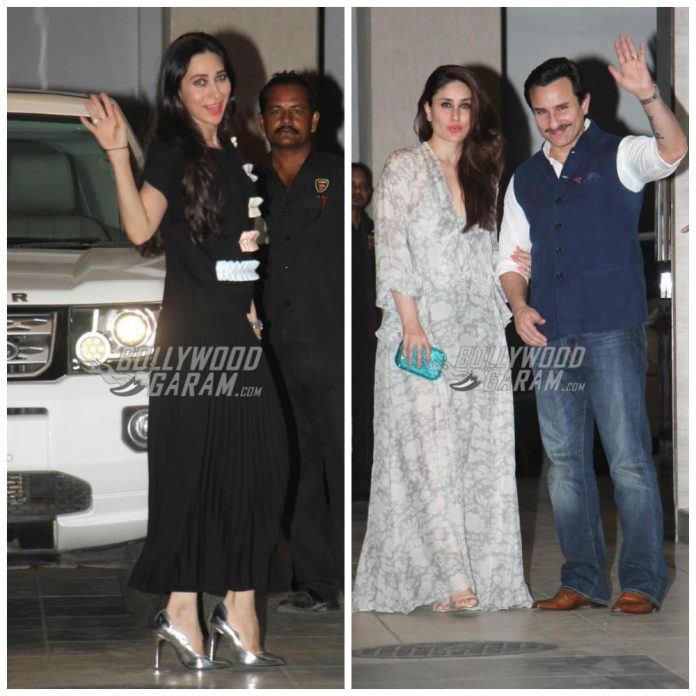 Karisma was seen in a black outfit as she entered the party venue. Ranbir Kapoor seemed to have missed the occasion as he might have been busy with the shoot of upcoming Sanjay Dutt’s biopic. Babita has been a successful actress of her time but quit the world of showbiz once she got married to Randhir.

Randhir Kapoor too celebrated his 70th birthday in February 2017, which was also attended by the entire Kapoor clan. While the Kapoor family is in a celebration mood, Karisma’s former husband Sunjay Kapur has got married to his partner Priya Sachdev in an intimate ceremony on Delhi. A grand wedding reception was thrown by the businessman in New York recently. After Sunjay even Karisma seems to be ready to take another plunge in to marriage with businessman Sandeep Toshniwal.