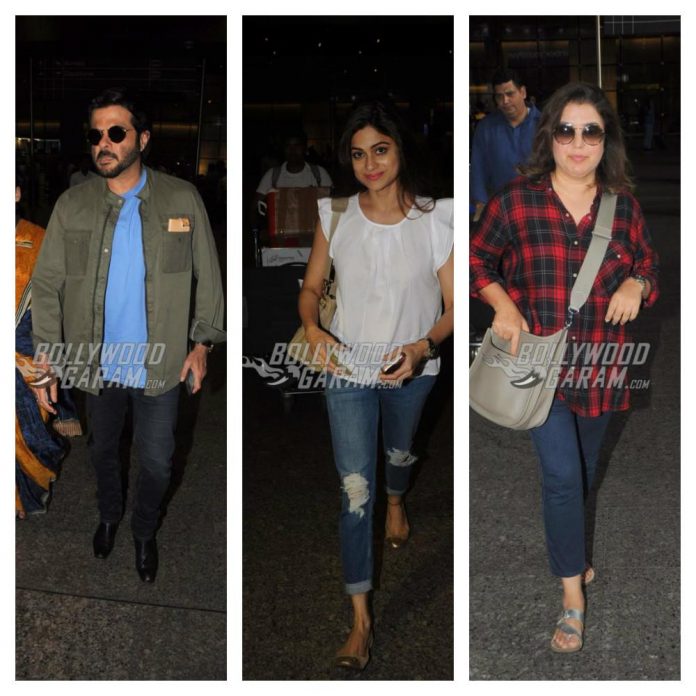 The Mumbai airport has always been a busy place with constant appearances of celebrities. Actors Anil Kapoor, Aditya Roy Kapur, Farah Khan, Gulshan Grover, Urvashi Rautela and Shamita Shetty were seen making the most casual appearance at the airport in Mumbai on April 21, 2017.

The actors also made sure to acknowledge the cameras with a smile. Farah was in news recently for her comments on gender discrimination in Bollywood in terms of work. Shamita is not active in Bollywood but is often seen at social events.