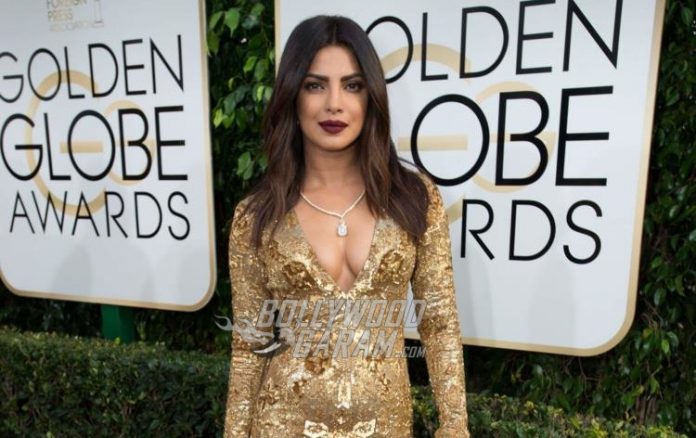 Bollywood actress Priyanka Chopra has just returned from the US after completing Season 2 of American TV series Quantico and her first Hollywood flick Baywatch. Now it’s time for the actress to sign a few films in Bollywood! Priyanka is now on the way to be a veteran in biopic flicks. After playing Mary Kom, the Barfi star will soon be seen playing astronaut Kalpana Chawla.

The film based on the life of the Indian astronaut was announced by the production house Viacom 18, but had then not taken any names. The team behind Priyanka has been working hard on the project since a year and the script has also been locked. Debutant director Priya Mishra is working on the project and confirmed that she has been researching on the story since seven years. She has also met Kalpana’s parents a number of times to know more about Kalpana.

Mishra also revealed that she was a part of a TV channel earlier and quit the field to pursue filmmaking. The filmmaker added that Kalpana’s story is one of the two scripts that she is working on. Kalpana, who hailed from Haryana, became the first Indian woman astronaut to travel in space. The Indian astronaut had a tragic death during her second expedition in February 2003. The space shuttle Columbia exploded during its return and all seven crew members on the aircraft were killed in the explosion.

Meanwhile, it will be a treat for the audience to watch Priyanka step in to the shoes of Kalpana as an astronaut. The Gunday actress during the shoot of Mary Kom had worked hard to do justice to her role as a boxer. This might be just the beginning for Priyanka as she is expected to sign more projects in Bollywood.