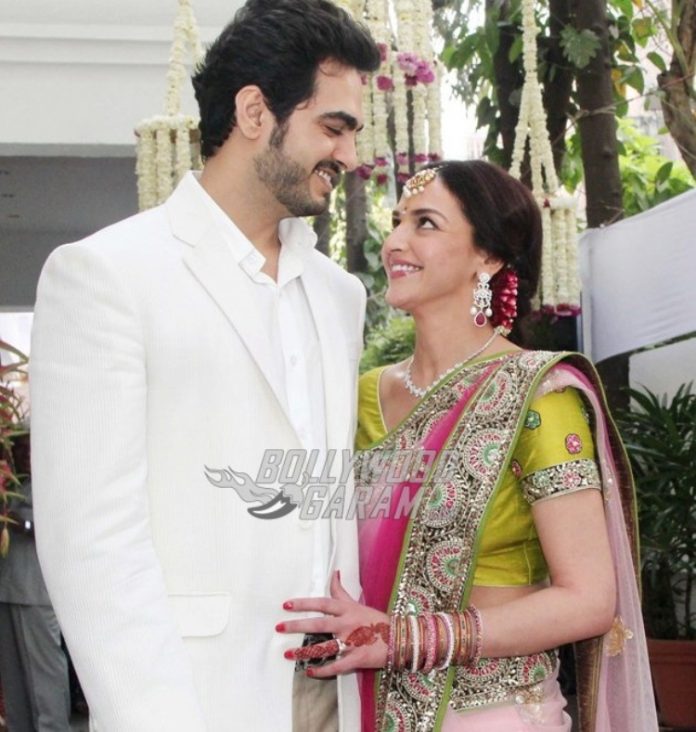 Esha Deol, who got married to Bharat Takhtani in 2015 is reportedly expecting her first baby by winter 2017

This will be the second time for veteran actors Hema Malini and Dharmendra to become grandparents. Their younger daughter Ahana Deol gave birth to a baby boy in June 2015. Ahana got married to Vaibhav Vohra on February 2, 2014. The news was confirmed by writer Ram Kamal Mukherjee, who is writing the second book on Hema Malini. In an exclusive with leading daily Indian Express, the writer said, “Ya, actually I am writing a book so I visit their house often, and all I can say is Hemaji and the whole family is thrilled with Esha’s pregnancy, she is expecting the baby anytime in October, and she is at Hemaji’s house and Hemaji and Dharamji are obviously very happy! Bharat is also very excited and is taking most of the days off from work to spend time with Esha.”

Esha and Bharat knew each other since childhood and became good friends during schools days, but then got busy in pursuing their individual careers. The two met again during the shoot of the movie Tell Me O Kkhuda and fell in love with each other. Bharat and Esha got married in a lavish wedding ceremony on June 29, 2012. The wedding ceremony was attended by friends and colleagues from Bollywood.

Esha was earlier active in Bollywood and has worked in some of noteworthy films like Kucch Toh Hai, Yuva, Dhoom, Kaal, Cash and Hijack. However, the actress put her Bollywood career on the back burner post her marriage with Bharat and appeared in a few movies initially, before completely disappearing from films.