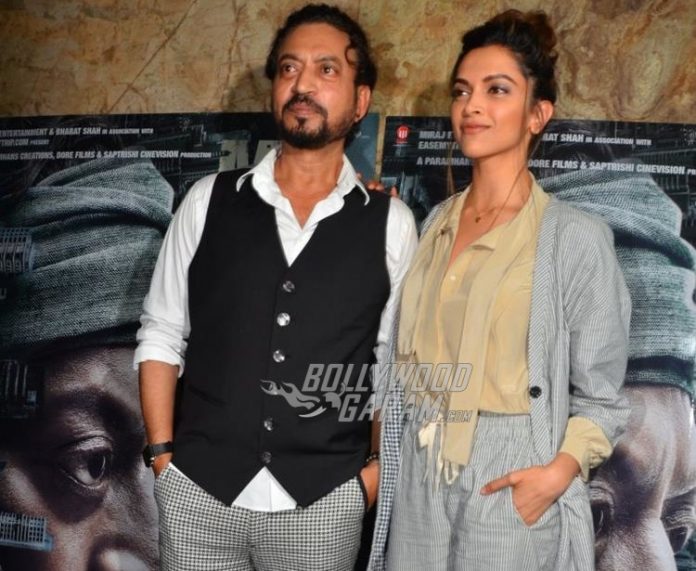 Once again actors Deepika Padukone and Irrfan Khan are ready to spread their magic on the silver screens as they have been roped in for upcoming Vishal Bharadwaj’s movie which is yet to be titled. Irrfan and Deepika were earlier paired for Piku which did well at the box office and the unique pairing was appreciated by the audience as well.

Upcoming flick will be co-produced by Prerna Arora and Arjun N. Kapoor. For a change, Deepika will be seen playing the role of mafia queen Rahima Khan while Irrfan will be seen playing a local gangster, who is in love with her and also helps her to remove the reign of Dawood Ibrahim. The film has inspiration from journalist S. Hussain Zaidi’s book Mafia Queens of Mumbai.

Sources from the production unit revealed that the Happy New Year actress loved the idea of playing the role of a female don from the 80s. The makers are expected to begin shoot by the end of 2017. The news was confirmed by Prerna, who has earlier produced Rustom and Toilet – Ek Prem Katha and said, “Yes it is true that we are producing the film along with Vishalji, who is one of the finest directors in the country. We are looking for ward to this collaboration.”

Meanwhile, Vishal said that Deepika has been asking him to write a script for her for a long time. The Piku actress has loved the script and the makers are currently in advanced stage of discussions with her. Deepika and Irrfan starrer Piku also starred Amitabh Bachchan, who played the role of Deepika’s father. The flick was directed by Shoojit Sircar and jointly produced by Ronnie Lahiri, Sneha Rajani and N.P. Singh.