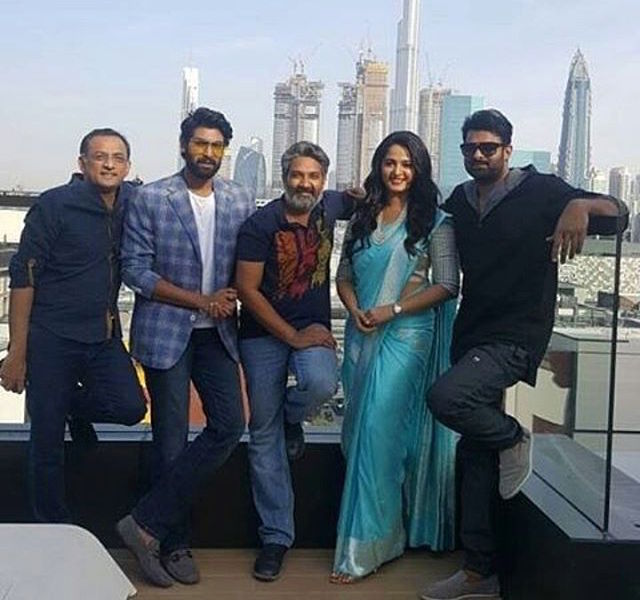 Baahubali 2 producer Shobu Yarlagadda has taken to Twitter to express his horrifying experience of flying with Emirates Airlines. The producer claims that the entire cast of Baahubali 2 was subject to racism and were treated poorly by Emirates ground staff as they were scheduled to board a flight back to Hyderabad. He states that not only was the staff of Emirates rude, but also harassed the lead star cast and director of Baahubali.

The lead team of Baahubali 2, director SS Rajamouli, Prabhas, Rana Daggubati and Anuskha Shetty along with Baahubali 2 producer, Shobu Yarlagadda were in Dubai for a promotional event of their upcoming film. The entire team was scheduled to return the same day and after a tiring day at the press conference, they had this unpleasant experience.

Shobu Yarlagadda tweeted, “Flying to Hyd on @emirates EK526. Airline staff at gate B4 were very rude n harassed our team unnecessarily! Bad attitude n service! I think one of the @emirates staff was being racist.. I fly @emirates regularly n this is 1st time I have come across this kind of attitude”

However, Emirates was quick to react to his tweets and a prompt apology followed along with a promise to investigate the incident.

.@emirates I think one of the @emirates staff was being racist.. I fly @emirates regularly n this is 1st time I have come across this kind of attitude