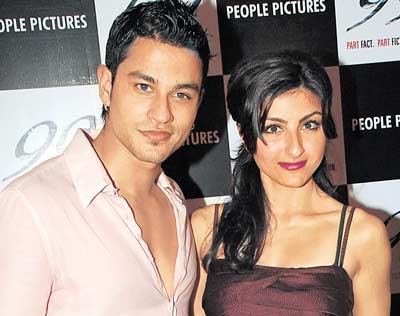 As time goes by, the rumours surrounding the wedding of Bollywood celebrities Kunal Khemu and Soha Ali Khan have been growing stronger. Now however, the rumors have finally been put to rest, by Khemu himself.

Khemu said that the couple does not not have any actual plans of marriage. However, if everything goes well, then a marriage could take place soon. Soha and Kunal have been in a relationship for many years now. The talk about their relationship grew stronger when Soha’s mother Sharmila Tagore had gifted a Rs. 9 crore apartment to her daughter, which is located in the Khar suburb of Mumbai.

The apartment is considered to be a future wedding gift for Soha. Talks about Kunal and Soha’s wedding became more prominent after the wedding of Saif Ali Khan and Kareena Kapoor, in the month of October 2012. In recent times, the the actress has been busy with work commitments.

This year, Khan has already been seen in movies like ‘Saheb Biwi Aur Gangster Returns’ and ‘Midnight’s Children’. Now the actress is all set to be seen in the upcoming movie ‘Joe B. Carvalho’, in which she is expected to do action scenes. Khemu and Soha have never kept their relationship away from the media and have reportedly received approval from Sharmila as well.