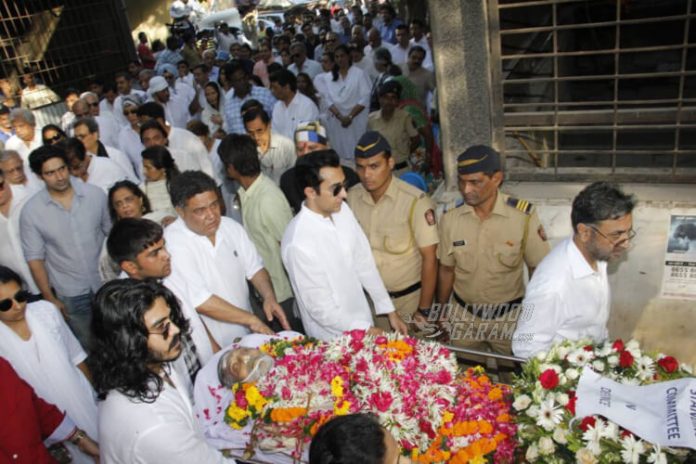 Vinod Khanna has had a noteworthy career in Bollywood spanning 49 years. The death of the veteran star has left everyone mourning in the industry. Celebrities from Bollywood were seen attending the funeral ceremony of the Amar Akbar Anthony actor in Mumbai on April 27, 2017.

Celebrities spotted at Vinod Khanna’s funeral include Amitabh Bachchan Abhishek Bachchan, Jackie Shroff, Ayesha Shroff, Saroj Khan, Akshaye Khanna, Randeep Hooda, Chunky Pandey among others. Vinod was admitted in the hospital for more than a month as he was suffering from cancer. For many days, the family of the actor had not revealed about the condition of his health.

The hospital in a brief statement revealed that Khanna breathed his last at 11:20 am as he lost a prolonged battel with advanced bladder carcinoma.