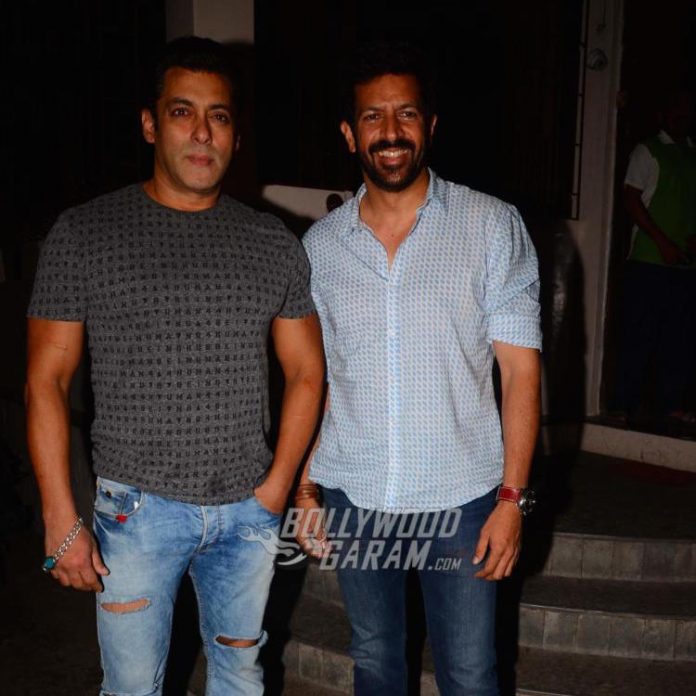 Salman Khan has been busy shooting for his upcoming movie Tubelight with filmmaker Kabir Khan. The two have wrapped the shoot and are spending some post-production time with each other. Salman and Tiger were seen on a casual outing in Bandra in Mumbai on April 26, 2017.

The filmmaker announced the wrap of Tubelight and Tweeted, “Our third journey together comes to an end… Now I can’t wait to show it to the world. ‘Tubelight’, Eid 2017.” Kabir in an earlier interview with a leading daily talked about Salman’s character in the film and said that it is ‘endearing’.

The filmmaker added, “Salman will be seen in a completely different way in the film. If people have thought that Salman’s performance is special in Bajrangi Bhaijaan, then his performance in Tubelight is five times better than it.” Kabir and Salman have earlier formed a great team for the blockbuster hit Bajrangi Bhaijaan in 2015 and Ek Tha Tiger in 2012. A few days back Salman unveiled the first poster from Tubelight which has showed the Sultan actor in a suit and a woollen cap.

Salman launched the poster on Twitter and wrote, “Kya tumhe yakeen hai? Agar tumhe yakeen hai then ‘Back his Back’ (Do you have faith? If you have it then ‘Back his Back’.” The upcoming movie also features Sohail Khan and Chinese child artist Zhu Zhu. Close friend Shah Rukh Khan will be seen playing a cameo in Tubelight which is ready to be released in theatres on June 23, 2017.