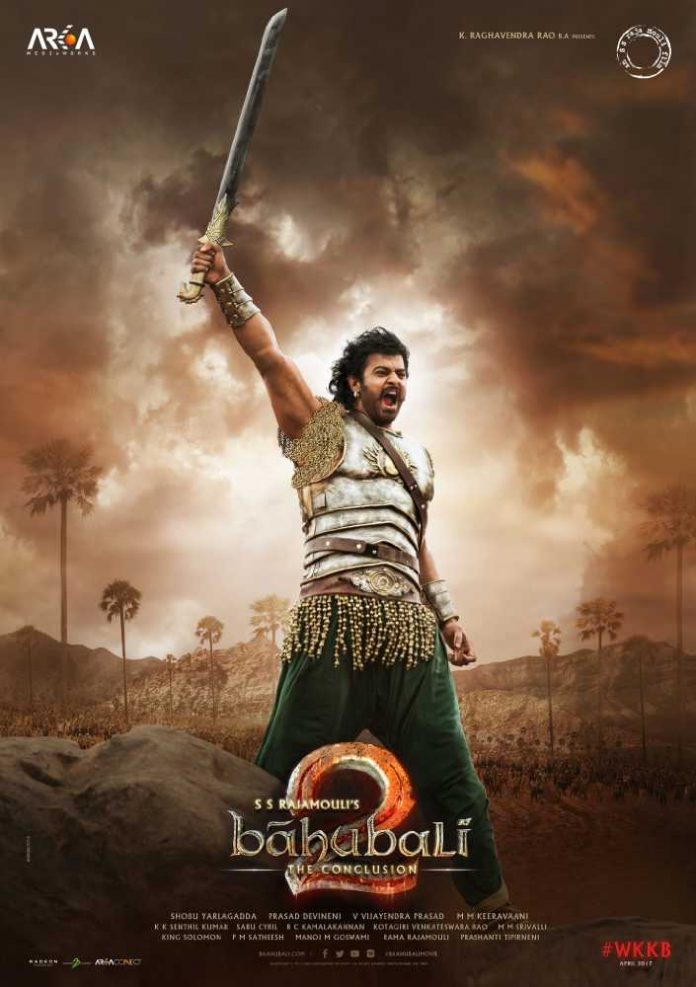 Even before the release of Baahubali 2: The Conclusion – director SS Rajamouli’s magnum opus had broken box office records. Excited fans have been queueing outside sold-out theatres all over the country since early in the morning, eagerly awaiting their chance to watch what promises to be the biggest blockbuster in Indian cinema’s history.

According to Book My Show, one of the top online ticket-booking sites, Baahubali 2 has already broken the record for advance bookings, with more than 1 million tickets sold across different languages in just over a day. The unprecedented volume of sales has eclipsed that of Aamir Khan’s Dangal, which had previously held the record for maximum advance bookings.

Tickets for the much awaited sequel of the Baahubali franchise have been sold out at a variety of rates, going for as high as Rs. 2400 in Delhi and $40 in the USA per ticket. Fans obsession for the multilingual movie crosses language barriers, as the Hindi dubbed version (produced by Karan Johar’s Dharma Productions) is doing equally well.

Starring Prabhas, Anushka Shetty, Rana Daggubati and Tammanah Bhatia in lead roles, Baahubali 2 – The Conclusion answers many of the burning questions raised in the first part of the epic saga, including the most essential of them all: ‘Why did Kattappa kill Baahubali?’ We have the answer right here!