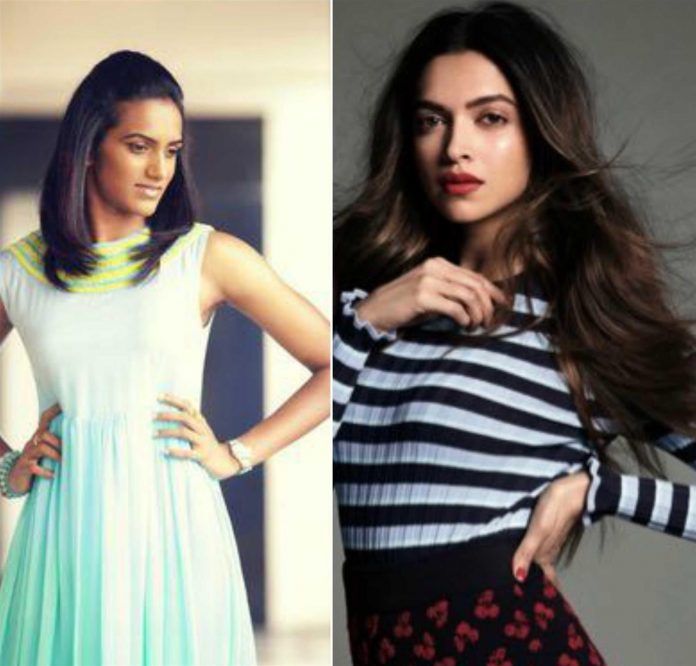 A few days ago, Sonu Sood confirmed that he is working on a biopic of Olympic silver medalist, PV Sindhu. The 21-year-old athlete broke records when she won for badminton. The upcoming yet untitled flick has confirmed Prabhu Deva and Tamannah to star, and will be produced by Sood. Earlier, Sindhu confessed that she would like to play herself in her own biopic, but sources say that the title role is still under discussion.

And if rumours are to be believed, then Deepika Padukone will be playing PV Sindhu. The Bajirao Mastani actress suits the character perfectly. After all, her own father Prakash Padukone is one of the countries top badminton players, and the star has played at the national level championships. However, sources close to the actress says, “It is natural to assume that she will be approached to play the part because she is familiar with the sport. Having said that, Deepika is fully invested in Padmavati now. If the part is offered to her and she likes the script and director, and has the time for it, she will surely give her nod. Sonu and she know each other from the time they worked in Happy New Year, so it won’t be a surprise.”

After biopics became hits for stars like MS Dhoni, Sachin Tendulkar and Saina Nehwal, Sonu Sood decided that he wanted to create one on the life of PV Sindhu. He told a leading daily, “I thought of making a biopic on her and started researching. Reading about her journey – she would travel 50kms daily to the badminton camp from her home to practise – I was motivated to make this film.”

“Considering that other sports, besides cricket, have been gaining prominence in the country since the last few years, I think it’s the right time to tell a story about our badminton champ, who is the first Indian woman to win an Olympic silver.”

When PV Sindhu was asked about what she felt about her upcoming biopic, she was apparently ecstatic. “They have written a script, which I’m sure will inspire millions of Indians and our youth to dare to dream and achieve glory for their country, in spite of all the hardships and hurdles that we face in our journeys.”