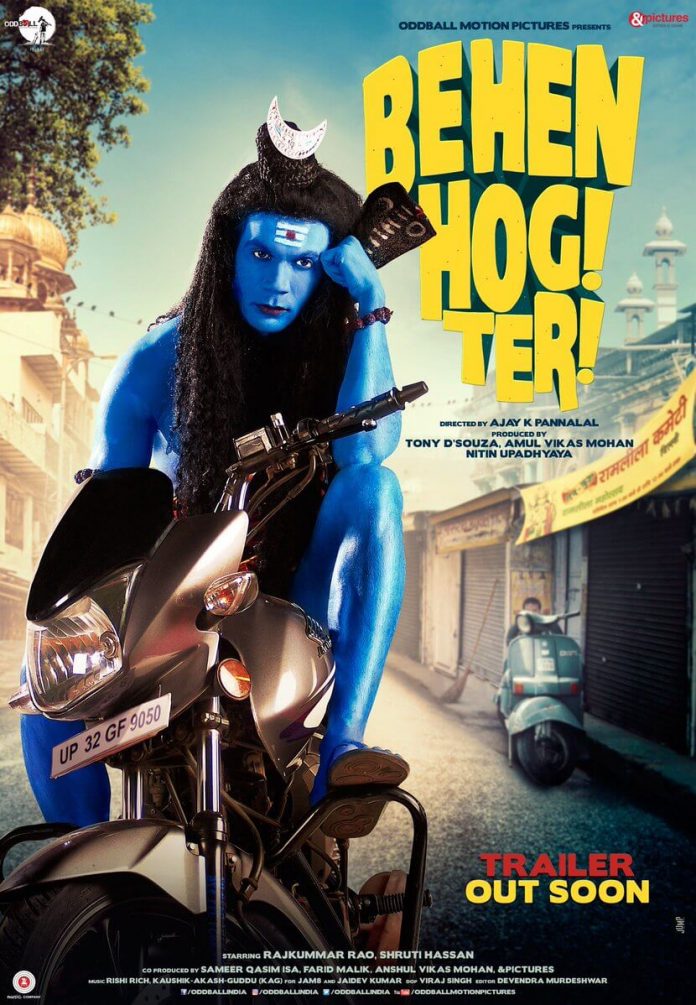 There have been multiple films that revolve around the topic of friend-zone like Karan Johar’s Ae Dil Hai Mushkil, Ayan Mukherji’s Wake Up Sid and Shakun Batra’s Ekk Main Aur Ekk Tu. But Ajay K Pannalal’s romantic comedy, Behen Hogi Teri is all about being bro-zoned which is a completely different concept! Behen Hogi Teri trailer released today on May 2, 2017 and revolves around how small town youngsters chase their love ambitions in a naive manner.

The trailer begins with the line – ‘India is my country and all Indians are my brothers and sisters’. Rajkumar Rao plays the role of Gattu who is the bro-zoned guy in this film, which is set in a small town locality. He is in love with his neighbour, Binny. Shruti Hassan aka Binny, the leading actress of the film threatens to tie a rakhi to Gattu if he continues to chase her for love. Shruti plays the small town woman whereas Rajkumar Rao plays a typical unrequited lover. Set in a Lucknow, the film revolves around arranged marriages and how bro-zoned guy Gattu will fight for his love. The movie also stars Gulshan Grover, Varun Sharma and Darshan Jariwala in supporting roles and is full of comic sequences with a serious ending and even a dream dance sequence.