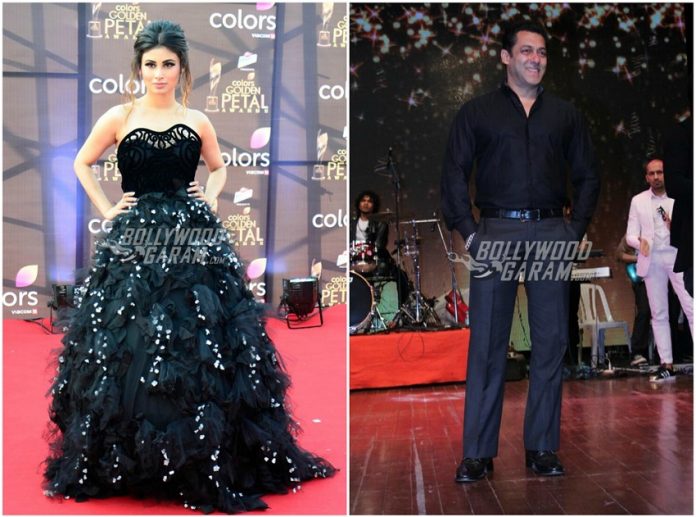 After Sonakshi Sinha , actress Mouni Roy might be the next actress to be launched by Salman Khan’s home production

Bollywood star Salman Khan has launched a number of newcomers in the industry. Actress Sonakshi Sinha had a successful debut with Dabangg and is today one of the most demanded actresses in the industry. Even Aishwarya Rai shot to fame when Salman recommended her name for Sanjay Leela Bhansali’s Hum Dil De Chuke Sanam. Now the actor is ready to give a golden opportunity to TV actress Mouni Roy.

There are reports that the Sultan actor will be launching Roy in his upcoming home production. Mouni and Salman in the past have shared a great chemistry during the reality show Bigg Boss, and he reportedly sees great potential in Mouni.

Mouni has been in the television industry for 10 years now. She made her debut on the small screen with the then most popular daily soap Kyunki Saas Bhi Kabhi Bahu Thi, and went on to do various other daily soaps and reality shows. She is also an amazing dancer, and showcased her skills on reality dance show Jhalak Dikhlaja, where she became a finalist. Currently, Mouni is seen in a fictional drama Naagin 2, where she plays the role of a wishful snake who can take the form of a human. The show is aired on Colors TV during the weekends.

Although, so far no official announcement has been made by Salman or Mouni, she has been spotted hanging a lot around Salman’s abode in Mumbai, and that is giving us some hints. Roy is a well established actress in the TV industry and has proved her mettle by playing a variety of roles over the span of her career. Meanwhile, Salman is looking forward for the release of the first teaser of his upcoming film Tubelight, a Kabir Khan directorial. The actor is also working on the sequel to the movie Ek Tha Tiger, which is names Tiger Zinda Hai.

Stick around for more exclusive news related to Salman Khan, Mouni Roy and other celebrities right on Bollywood Garam!