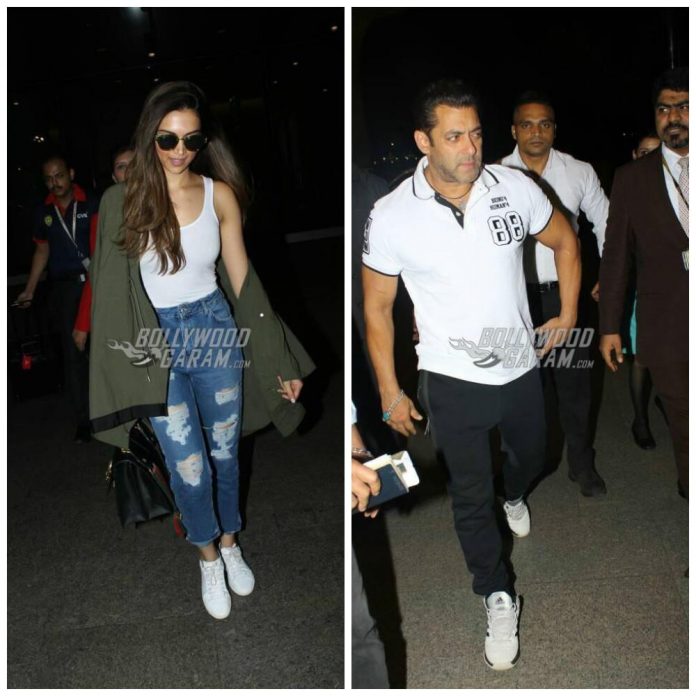 After spreading her magic at the Met Gala 2017, Deepika Padukone is now back to India and was seen at the Mumbai airport on May 3, 2017. Deepika, for the grand event, was seen in a Tommy Hilfiger gown and looked absolutely stunning on the red carpet.

The film also stars Shahid Kapoor and Deepika’s real-life beau Ranveer Singh and is one of Bhansali’s most ambitious projects.

The airport also saw Salman Khan, who looked cool in casuals. The Dabangg actor seemed in a hurry as he was seen rushing to catch his flight. Salman is currently looking forward for the release of his upcoming flick Tubelight directed and written by Kabir Khan. Once again, Salman has donned the hat of a producer along with Kabir Khan for Tubelight.

Tubelight is a story has been set during the Sino-Indian War and will have Salman in the lead role. The actor will be playing the role of a man who falls in love with a girl from China. The film is ready to hit theatres on June 23, 2017.