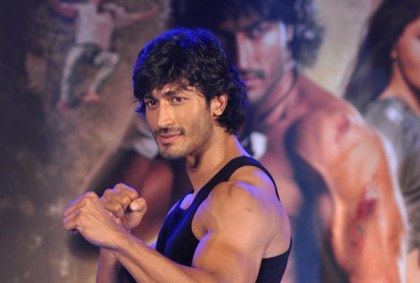 Indian film actor and model Vidyut Jamval has been approached to host the next season of the reality TV series ‘Khatron Ke Khiladi’. The show was earlier hosted by the ‘Khiladi’ movie veteran Akshay Kumar. The series is based on the popular American show ‘Fear Factor’.

For the past two years, the makers of the show have been hunting for an appropriate celebrity host to take the place of Kumar, as for the past two years has been busy with other commitments. An earlier season of the show was even was hosted by Bollywood actress Priyanka Chopra, after which Akshay returned. The ‘Rowdy Rathore’ star had walked out of the show in 2010, the makers delayed the following season as they wanted a celebrity to take his place.

Earlier, there also reports that actor Ajay Devgn was roped in to host the show, but things could not be worked out. In the past, Vidyut played a negative role in the movie ‘Force’, which starred John Abraham and Genelia D’souza. In regards to the new series, The actor said, “I was offered it. I was approached for the show. But I was waiting for Commando to release… It is a fabulous show”. However, the Jamval has not yet revealed whether he has accepted the offer or not.