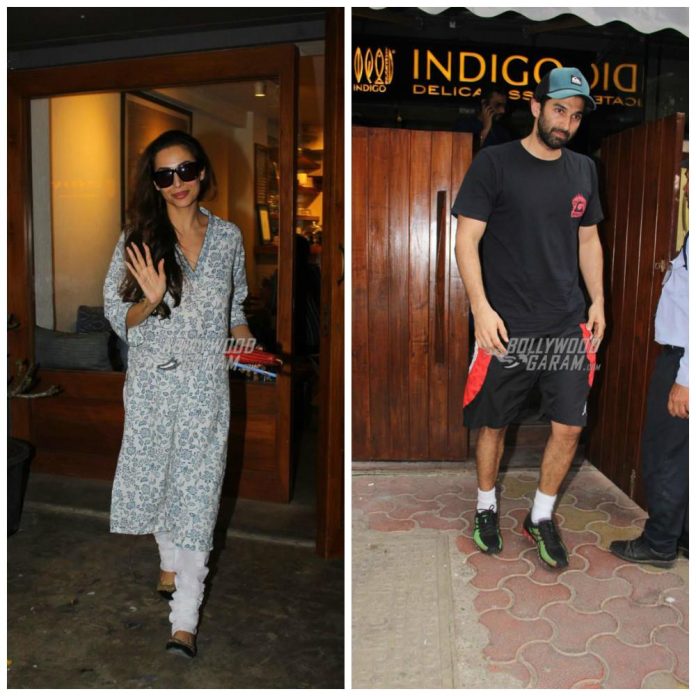 Malaika Arora spends some casual time in the city, while Aditya Roy Kapur enjoys lunch at a trendy deli

When our Bollywood actors and actresses aren’t busy with crazy movie schedules, they’re laying back, having a chill time in the city. Though the summer is beating down heavily, model, actress and mompreneur Malaika Arora was seen in a very casual mood as she strolled through the city, waving and smiling for the cameras in Mumbai on May 4, 2017.

The paparazzi were in for a treat when Aditya Roy Kapur was also spotted in Mumbai. The hunky actor excited the classy Indigo deli, a haven for those with rich taste.

Malaika Arora, for a change, opted for a casual printed white kurta and a churidar. The newly divorced mother-of-two is killin’ it in the fashion scene. Recently, she and her partners, Sussanne Khan and Bipasha Basu released a fashion line from their online store, The Label Life, for Magnum ice-cream, keeping up with their theme, Unleash Your Wild Side.

At present, Aditya Roy Kapur has been roped in for an upcoming light-hearted romantic film. The name of the upcoming project is yet to be finalized. The actor was recently in the news for an alleged argument with Farhan Akhtar over Shraddha Kapoor, though neither of their camps confirmed if those rumours were true. Everything seems to be fine for the moment, with the actor concentrating on work.