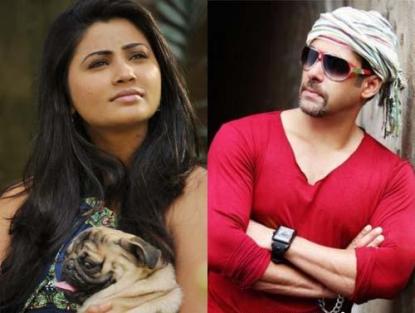 Bollywood star Salman Khan is presently shooting for the movie ‘Mental’ in Lavasa. Recent reports have claimed that his new heroine Daisy Shah has become a very good friend of the ‘Dabangg’ actor. Reports have further claimed that the two have been taking bicycle rides together in the lanes of Lavasa.

Some eye witnesses had also seen the two taking intimate walks during their free time. Sources said that Salman likes to spend time with Daisy and they go on bicycle rides during the late hours of the night. Khan is apparently impressed by the attitude of Shah, who is says was also one of the coolest heroines that he has worked with.

When the star cast was shooting for the movie in Dubai, sources said that Daisy did not try to play up to him for the role, nor did she go out of her way to impress him. Salman is not fond of people who play up to him, just to share the same screen space.

Allegedly another top heroine had tried playing up to the ‘Ek Tha Tiger’ star by going to his house and meeting his sisters, but Salman is not fond of such behaviour and did not entertain the star.