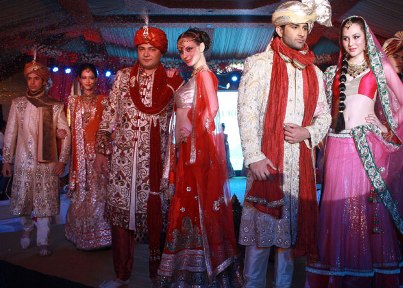 Indian television is soon going to get its first 24 hour matrimonial channel known as Shagun TV. The new channel is all set to be launched on April 26, 2013. It will be run across North India and West India and will be distributed through direct-to-home and digital networks.

The channel will be launched by Vertent Media. Anuranjan Jha, who has conceptualised, conceived and promoted the channel, said that it would be full of entertainment, fun and amusement and would be related to matrimonial content.

Jha said in a statement, “I conceived this idea eight years back and now we are ready with it. The shows are very unique and exciting to all matrimonial-related matters, whether it’s astrology, shopping or honeymoon travel planning”. The channel will also have programming from across India.

The producers of the channel have also named some of the shows, these include ‘Toh Baat Pakki’, ‘Gold n Beautiful’, ‘Janam Janam Ka Saath’ and ‘Kundali Bol’. Apart from the channel, the matrimonial website www.shagunIndia.com is also being launched. India is a country where weddings are an important event and these events are celebrated like a festival. Owing to this face, there are chances that the popularity of the channel might increase in the future.