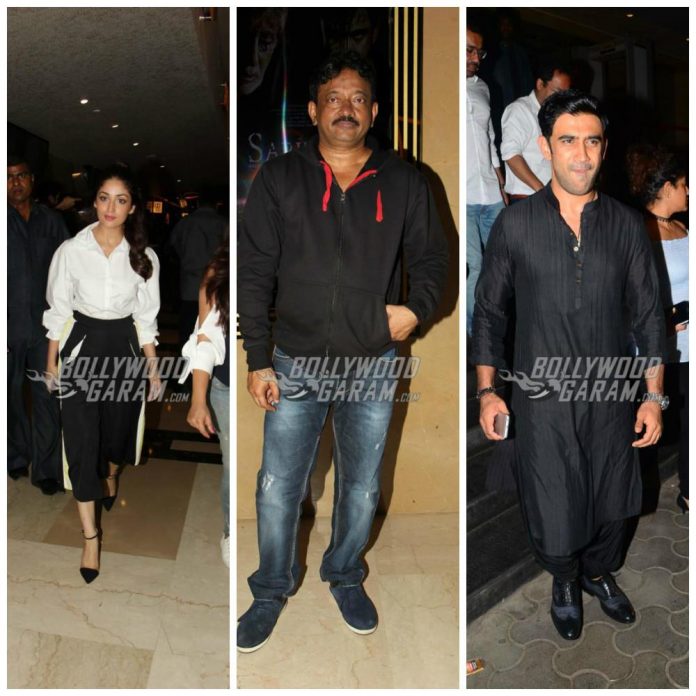 Filmmaker Ram Gopal Varma hosted a special screening of his film Sarkar 3 in Mumbai on May 11, 2017. The screening event saw the presence of Bollywood celebrities including Yami Gautam, Amit Sadh, Manasi Scott, Sharad Kelkar, Mohit Marwah and others.

However, the lead actor Amitabh Bachchan was absent from the premiere event. The upcoming political thriller is directed by Ram Gopal Varma and also stars Jackie Shroff, Manoj Bajpayee, Amit Sadh and Ronit Roy. Sarkar 3 has been released in theatres on May 12, 2017. The film is the third movie from the Sarkar franchise and is a story about Annu Karkare played by Yami who plans and attempts to avenge the death of her father.