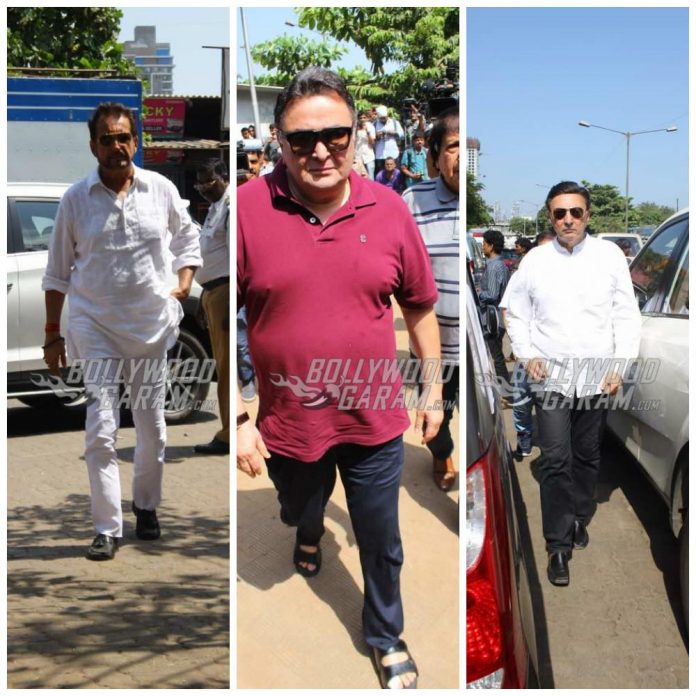 Several Bollywood celebrities turned up for Reema Lagoo’s funeral ceremony today afternoon as the actress passed away after suffering a massive cardiac arrest in the wee hours of May 18, 2017. The funeral ceremony was attended by Rakesh Bedi, Kiran Kumar, Anang Desai, Kajol, Rishi Kapoor, Sulbha Arya and Tanvi Azmi among others.

While talking to media, Reema Lagoo’s son-in-law Vinay Waikul said that she did not have any health issues but was admitted to the hospital after she complained of chest pain at around 1 am on May 18. The actress suffered a massive heart attack and passed away at 3:15 am.

Kajol has earlier worked with Reema in the movie Pyaar To Hone Hi Tha and Kuch Kuch Hota Hai. The actress posted on Twitter, “RIP Reemaji. U will always be loved and remembered in the best ways. With ur wonderful smile.”

Rishi Kapoor had also worked with the veteran actress in the movie Prem Granth. TV actor Rakesh Bedi, who has worked with Lagoo in the TV series Shrimaan Shrimati, Tweeted, “Deeply saddened by sudden demise of my dear friend an colleague of Shriman Shrinati Reema Lagoo.” The actor at the funeral event also expressed that Reema was a great actress and a great human being as well.