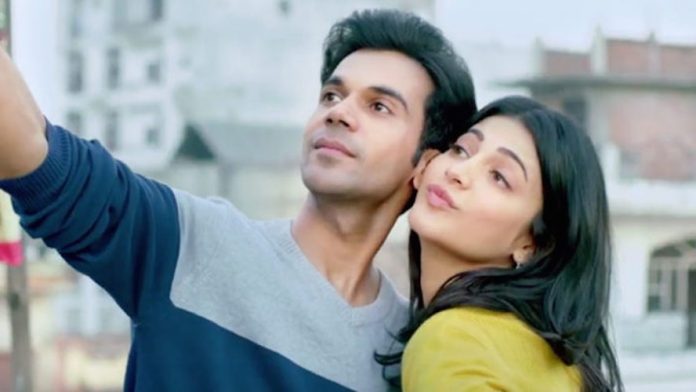 Behen Hogi Teri, the upcoming film of Rajkumar Rao and Shruti Haasan is buzzing with frequent interesting updates. After the two songs, Tera Hoke Rahoon and remake song of 80’s Jaanu meri Jaan, the third song Teri Yaadon Mein released on May 22, 2017. The new song is a romantic number featuring the leads.

After quirky posters, which were widely appreciated by the audience the third song, Teri Yaadon Mein is out today. The song has been sung by Yasser Desai, Pawni Pandey & Yash Narvekar. Written by Yash Narvekar & Amit Dhanani, composed by Yash Narvekar and produced by Rishi Rich, Teri Yaadon Mein is a romantic track. It shows the love story between Shruti and Rajkumar Rao’s characters – Gattu and Binni. But there is a twist in the story as Gattu aka Rajkumar Rao is being perceived as Binni aka Shruti Haasan’s brother!

Behen Hogi Teri is directed by Ajay K Pannalal and releases on June 2, 2017.