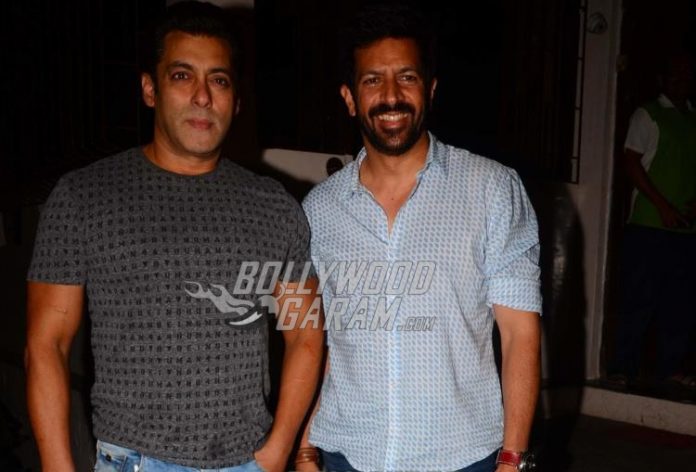 Filmmaker Kabir Khan has got some good news for the fans of Salman Khan. The makers are ready to release the trailer of Tubelight and the announcement was made by Kabir Khan through his Twitter account.

The filmmaker posted a picture of the certificate of the trailer and wrote, “#TubelightTrailer out on the 25th of May – can’t wait to show you guys! @BeingSalmanKhan @amarbutala @tubelightkieid @skfilmsofficial.” According to the Censor certificate, the trailer will be two minutes and 17 seconds long and has been passed with a U certificate.

The upcoming movie Tubelight is the official remake of the 2015 movie Little Boy. The film also stars Salman Khan, Sohail Khan and Chinese actress Zhu Zhu, who makes her debut in Bollywood. The film is a storyline that is based during the Indo-Sino War in the 1960s and sees Salman Khan in a whole new avatar. Tubelight is all set to be released in theatres on June 23, 2017. Kabir Khan in an earlier interview with a leading daily said that the film is the official adaptation of Little Boy as they liked the concept. The filmmaker added that they had met the writer and bought the rights to the film.

This is the third time Kabir will be working with the Dabangg star after Ek Tha Tiger and Bajrangi Bhaijaan. He said, “I have done three films with him (Salman) and this time he has pushed the boundaries in terms of craft and acting.” There are reports that Shah Rukh Khan will also be playing a vital cameo role in Tubelight. Kabir Khan had earlier expressed how putting the badshah in that role was something that needed to be done, since the film required a superstar persona.