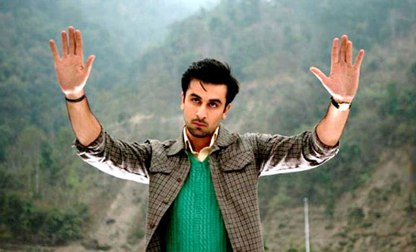 Bollywood’s boy-next-door actor Ranbir Kapoor was recently detained at the Mumbai airport and was fined Rs. 60,000 for not declaring goods. The actor recently said that he made a mistake and paid a price for it.

On May 4, 2013, Kapoor landed at the Chhatrapati Shivaji International Airport on a British Airways flight from London. The actor walked away with undeclared, branded goods in his luggage which were required to be declared before the Customs.

When his luggage was checked, goods like clothes, footwear and perfumes worth around Rs. 1 lakh were found. The ‘Barfi’ actor was detained for about 40 minutes and after an inquiry and verification of his belongings, he was fined Rs. 60,000. Ranbir confessed, “I did make a mistake but I also paid a price for it. I made a mistake of not declaring duty free goods. It was my responsibility to do so. And hence I was stopped and had to pay the fine”.

His legal troubles aside, the star seemed quite excited about the promotion of his upcoming movie ‘Yeh Jawani Hai Deewani’, which is produced by Karan Johar and also stars Deepika Padukone. The movie is all set to be released on May 31, 2013.