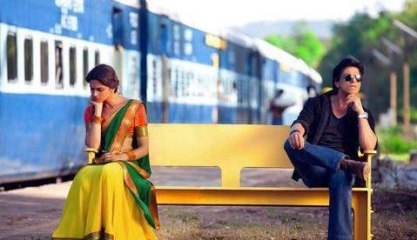 Bollywood Badshah Shahrukh Khan is busy cheering on his Indian Premiere League team Kolkata Knight Riders. The actor will be appearing on the Extra Innings T20 during the cricket extravaganza’s final face off to promote the upcoming movie ‘Chennai Express’.

The makers of the movie have prepared the promotional trailer for his appearance on the show as well. The actor has urged the fans to “express yourself”. The title track of the directorial effort by Rohit Shetty plays in the background of the promo. In the promo for the show, which airs on Set MAX, the star said, “Watch the IPL finals with me and express yourself”.

It is expected that the official trailer for the movie might be launched during the IPL final on May 26, 2013. The movie ‘Chennai Express’ also features actress Deepika Padukone. The movie is all set to be released in the month of August, 2013. The movie shoot was wrapped by the actress on May 23, 2013.

The movie is directed by Rohit Shetty and is produced by Gauri Khan, under the production of Red Chillies Entertainment, owned by Shahrukh Khan. This movie will mark the second collaboration between Shahrukh and Deepika, as they were cast together in the movie ‘Om Shanti Om’ first.