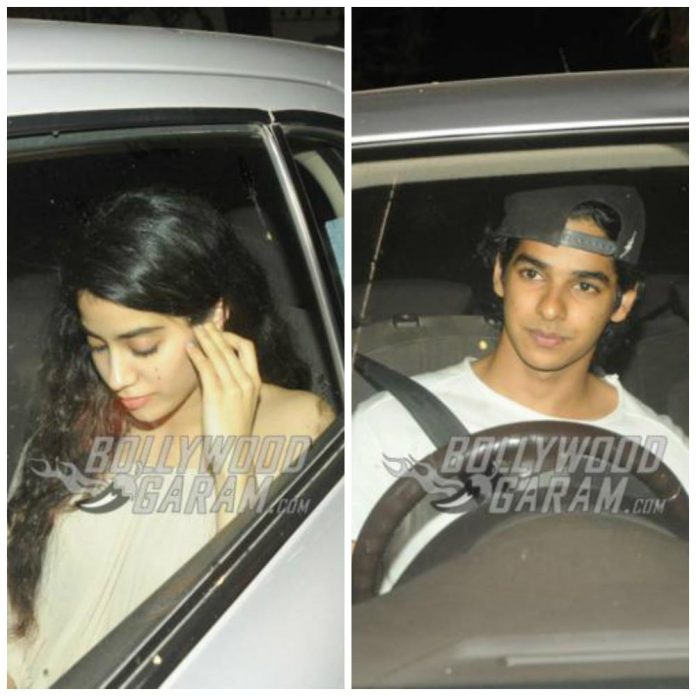 Ishaan Khattar, who is in news in recently times for his alleged link-up with Jhanvi Kapoor, were seen together at the screening event. Shahid Kapoor’s little brother is all set to make his debut with Majid Majidi’s film, Beyond The Clouds. The upcoming actor was seen in a casual white t-shirt and denims while Jhanvi appeared in an off-shoulder outfit.

Aayush, who is also rumoured to be ready to take-off in Bollywood, was seen in a white t-shirt and denims. Humpty Sharma Ki Dulhania star Varun Dhawan appeared in a checked shirt, t-shirt and denims. The actor recently wrapped the London schedule of his upcoming film Judwaa 2, which is the sequel to the Salman Khan starrer Judwaa.

Baywatch has marked the Hollywood debut of Priyanka Chopra, who is currently in the US for a promotional tour for the film. The film is directed by Seth Gordon and also stars Zac Efron, Dwayne Johnson, Alexandra Daddario, Jon Bass and others. Baywatch hit the theatres in the US on May 25, 2017 and has Priyanka playing the antagonist, Victoria Leeds. Some of the international critics have criticized the film as a whole, but have appreciated the performance of the Barfi actress.