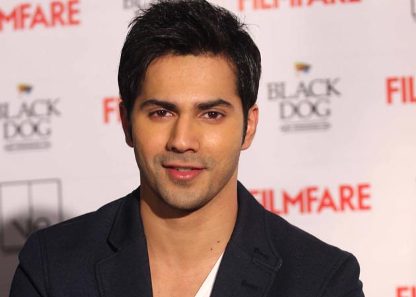 Once again, filmmaker Karan Johar has signed young star Varun Dhawan for his upcoming project. Johar had launched Dhawan in his blockbuster flick ‘Student of The Year’, that was released in 2012 and now they are teaming up again.

The news was confirmed by Karan who said, “Varun is a doing a film with us. The script has been finalized. It is an exciting, fun film. We are producing it”. The movie is yet-to-be-titled and the producers will be launching two newcomers with this flick.

Karan added that they will be launching a new girl and also a new director, but the producer refused to share more details about the newcomers. Varun is the son of popular filmmaker David Dhawan, who is known for comedy flicks with Govinda.

Karan had launched Varun along with Mahesh Bhatt’s daughter, Alia Bhatt and model Siddharth Malhotra in the movie ‘Student Of The Year’, which was a directorial venture for him. The upcoming movie is scheduled to be released by the end of 2012. Alia will also be seen opposite Arjun Kapoor in the upcoming movie ‘2 States’, which is inspired by Chatan Bhagat book of the same name. ‘2 States’ will be jointly produced by Karan and Sajid Nadiadwala.