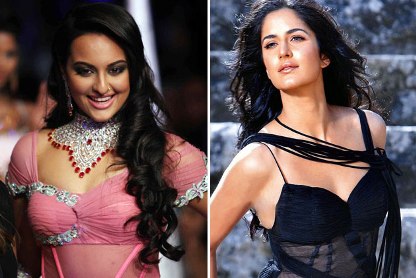 While producers plan for a sequel of the movie ‘Welcome’, with Akshay Kumar and Katrina Kaif in the lead roles, the search is currently on for the lead actress in the sequel. While some thought it was obvious that Kaif will also be there for the sequel, reports now claim that Sonakshi Sinha has been roped in for the role instead.

Media reports have claimed that the ‘Dabangg’ actress has been brought in to replace Kaif in the role. Sinha will be seen romancing John Abraham in the Anees Bazmee’s movie. Even Akshay Kumar has been replaced by Abraham for the sequel in March 2013. Co-incidentally, John had expressed his desire to work with Sonakshi Sinha and now it seems like his wish will come true.

Sources familiar with the development have said that Sinha has been roped in for the role just a few days back, while Kainaat Arora is expected to be brought in, to replace Mallika Sharawat. The first movie ‘Welcome’ was released in 2007 and also had Anil Kapoor, Nana Patekar and Feroz Khan in supporting roles.

Bazmee will also be directing the sequel. The shooting of the movie is expected to begin in June 2013 and the first schedule will be shot in Dubai.