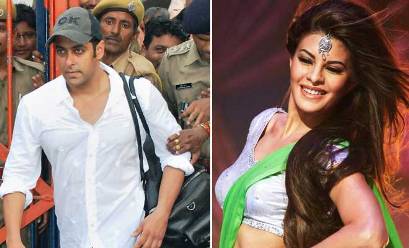 Bollywood actress Jacqueline Fernandez has been very lucky with her projects so far. Her last two films, ‘Housefull 2’ and ‘ Race 2’ have grossed more than 100 crore and the actress is looking for bigger projects now. Recent reports claim that the actress has been in talks to star opposite Salman Khan in the upcoming movie ‘Kick’.

Other reports suggest that actress Deepika Padukone was eyeing the same project, but Jacqueline was lucky enough to bag it. Producer Nadiadwala was looking for a fresh pair and had two names, Jacqueline and Deepika, on his mind. For some, this decision comes as a surprise as they did not expect that Jacqueline would even be considered for the role.

However, the actress managed the bag the project as Salman was already impressed with her work. Nadiadwala will be making a directorial debut and confirmed the news, but refused to reveal more details about the project. The movie will go on floors in July 2013 and this will be Salman’s big Eid release in 2014.

The producer also roped in Hollywood cinematographer Alexander Witt, who has previously worked on movies like ‘Pirates Of The Caribbean’ and ‘Skyfall’.