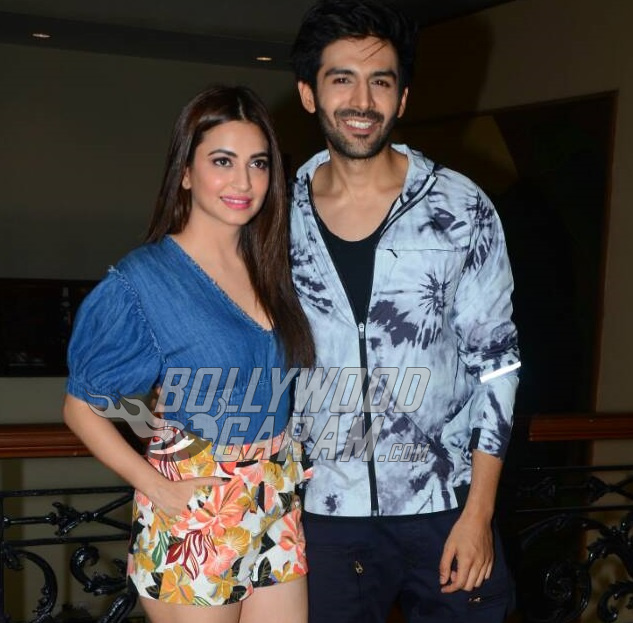 Kartik Aaryan and Kriti Kharbanda are busy promoting their upcoming film Guest Iin London, which is the sequel to the 2010 film Atithi Tum Kab Jaoge. The actors were a part of a promotional interview held in Mumbai on June 1, 2017. Kriti and Kartik made a  trendy appearance for the interview and were all smiles as they posed for the cameras.

The story of the upcoming comedy flick revolves around the characters of Kartik and Kriti who stay together in a live-in relationship. This is when Paresh Rawal and his wife Tanvi Azmi enter their house as bin bulaye mehmaan. The story seems similar to the prequel, which also had Paresh Rawal. Actor Ajay Devgan will be seen doing a cameo in the film, which is ready to be released in theatres on June 16, 2017. We surely know that the film will be a laughter riot!

So until the film releases, treat yourself to these photos of Kartik Aaryan and Kriti Kharbanda from the event –