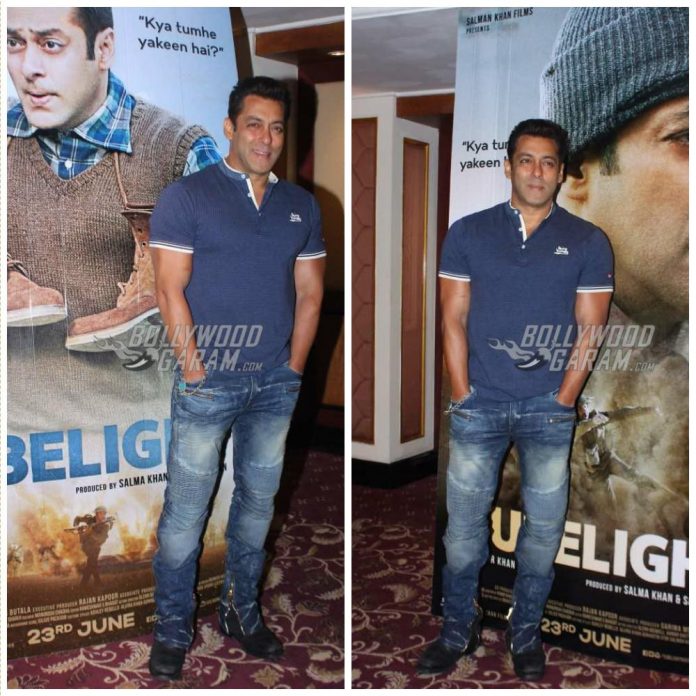 Salman Khan is once again ready with another Eid release with Tubelight directed by Kabir Khan. The genius duo have always worked together to create a masterpiece and this time as well, the audience is expecting something even better than their previous work. Meanwhile, Salman Khan is going places to promote the film. The Dabangg star was snapped at a promotional event of Tubelight in Mumbai on June 2, 2017.

The actor looked fresh and cool at the even as he posed and smiled for the cameras. Salman wore a polo t-shirt and denims and was seen posing next to the Tubelight poster. The film also stars brother Sohail Khan and Chinese actor Zhu Zhu. Salman will be seen playing the role of a man from India who falls in love with a Chinese girl. The film is set during the Indo-Sino war of the 1960s. The film is the official remake of the film Little Boy and releases on June 23, 2017.

Latest song from Tubelight, Naach Meri Jaan is a celebration of bhaihood!