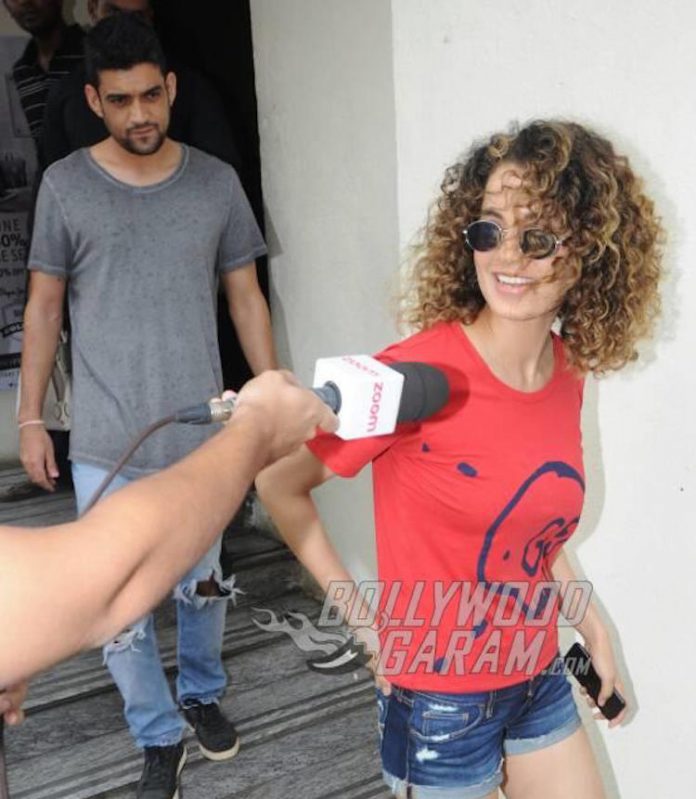 It’s Friday and time for our Bollywood celebrities to let their hair down and have some time for themselves. And its no different for Kangana Ranaut, who was photographed spending time with brother Akshat in Mumbai on June 2, 2017. The actress looked trendy in a red t-shirt and denims shorts and was seen coming out of PVR cinema in Mumbai.

She was all smiles as she was snapped by the shutterbugs while a shy Akshat followed his sister. The Queen actress has lately been spotted with her siblings on multiple occasions. Kangana has recently unveiled the poster of her upcoming film Manikarnika: The Queen of Jhansi. The upcoming film is the biopic on the historic figure Rani Laxmibai. The actress will also be seen in the upcoming film Simran which will be released in theatres on September 15, 2017.

See exclusive photos of Kangana Ranaut and her brother Akshat –