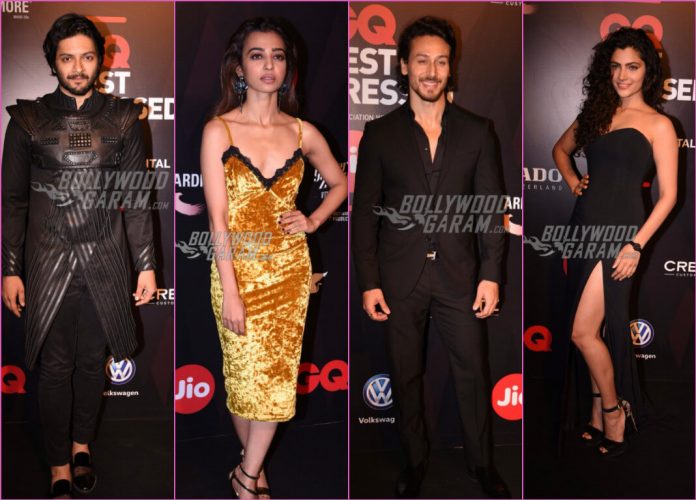 GQ India hosted it’s 8th edition of Best Dressed awards on June 3, 2017 in Mumbai, and it was a witness to the industry’s most stylish and handsome men. GQ Best Dresses Awards 2017 was a starry evening, with who’s-who of Bollywood in attendance. In association with JIO Digital Life, this grand event honored India’s most suave men at the prestigious JW Mariott Mumbai on June 3, 2017.

Every year during June, GQ India releases an issue June which is a special edition and celebrates India’s best dressed men. This year Tiger Shroff features on the June 2017 cover of GQ and fell prey to some snarky remarks by RGV for his photoshoot. But that aside, we love his 8 pack abs! At the event, Tiger Shroff walked the red carpet in tow with father Jackie Shroff.

Digital Dons – who break the internet for their sartorial choices

Talking about GQ (Gentlemen’s Quarterly), is an American monthly men’s magazine. It launched launched it’s first issue in India in 2008, which featured one of India’s best actors Mr. Amitabh Bachchan and since then has garnered a roaring popularity over the years. Che Kurrien, the editor of GQ India, said, “GQ’s 50 Best Dressed men is a congregation of India’s most stylish men from a broad range of professions and backgrounds, who intuitively grasp the power of style and know how to harness it to the maximum.”

All said and done, let’s now take a look at the men nominated in the different categories!